Changes that BI developers can expect from SQL Server 2019
SQL Server 2019 is not out yet (it's scheduled for release in the second half of 2019), but this blog shows what changes you can expect to see.

This blog comes with two warnings:

Given this, what should you expect from the new version?  A fair number of really annoying changes, it seems!

The demise of SSDT

The SSRS and SSAS extensions installed in Visual Studio 2019 (the SSIS one is in preview, and won't install on this owl's laptop).

The demise of database diagrams

It's spot the difference time!

Actually, this feature was deprecated in Management Studio 2018, so (along with T-SQL debugging) it actually died with SQL Server 2017.

I can't find any new features for SSRS and SSIS.  The Microsoft website shows this message:

Evidence that nothing is changing in the SSRS and SSIS world.

As I mentioned above, CTP stands for Community Technical Preview if you're wondering.  However, there does seem to be one major difference (read on) ...

When adding a dataset in SSRS 2019, you can click on the familiar Query Designer button:

However, what happens next is terrible news! 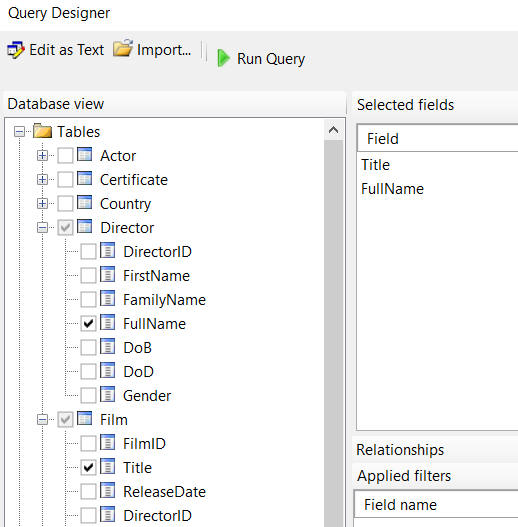 It seems that Microsoft have sacrificed the easy-to-use native SSRS query designer for the horrible Report Builder version.  This is a terrible idea, if true!  I can't find anything on the Internet about this change, but have to believe the evidence before me.

Analysis Services is more or less the same

As all SSAS aficionados know, there are two versions of Analysis Services:

As is always the case, the multi-dimensional version of SSAS doesn't seem to have had any love bestowed upon it.  I base this on the fact that:

According to Microsoft, here are two new features in SSAS 2019 Tabular:

Having tried loading the new SSAS templates in Visual Studio 2019, I can't see any other obvious differences between the new and older versions of SSAS Tabular.

For the sake of completeness, I can't find any reference to any new features in the T-SQL programming language!