A summary of the main new features in Visual Studio 2019 for BI developers
Visual Studio 2019 has a different look (particularly for creating new projects), but Wise Owl can't see any compelling reason to upgrade.

What is new and exciting in Visual Studio 2019?

Having installed the software, this is what I see when I look at the version number.

There are a slew of changes for team-working and die-hard programmers (people whose sole job is to write code).  This blog is for people like me, who spend about a third of their working life writing code and developing applications in Visual Studio.

In addition to all of the changes listed below, a new Code Cleanup feature may render the use of ReSharper redundant.

A new look and feel

The icon is drawn with slightly thicker brush-strokes.

The menu also looks the same:

The Visual Studio 2019 menu and toolbar for a console application.

However there is a new splash screen when Visual Studio 2019 loads: 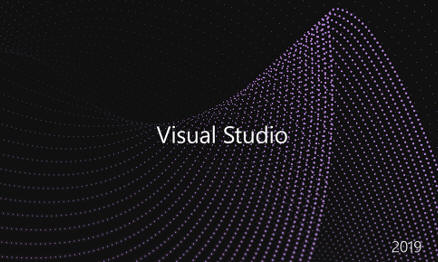 This appears (briefly) when you load Visual Studio 2019.

If you choose to create a new project, you see a new dialog box: 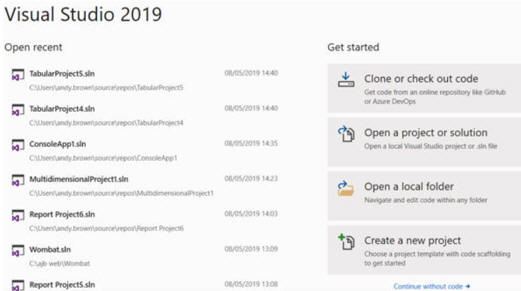 You can scroll down to see all of the templates you've installed.

When you've chosen the type of project that you want to create, a simpler dialog box appears: 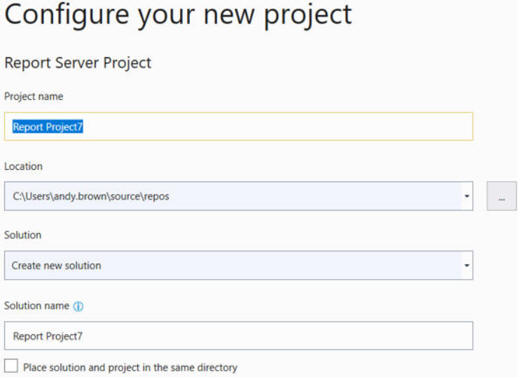 If you work with SQL Server and BI, the biggest change if you upgrade to Visual Studio 2019 is an annoying one - SQL Server Data Tools are no more, and instead you have to install SSRS, SSIS and SSAS templates separately as Visual Studio extensions:

I managed to get SSAS and SSRS extensions to install, but the SSIS extension is in preview and failed when I tried to add it.

I've listed changes to the various components of SQL Server in more detail in a separate blog.

This feature has the potential to be annoying - it uses AI to predict the features you're most likely to use.  Here are a couple of examples - one for code attached to a button:

Displaying a message for a button.

And another for splitting a text string:

Again, IntelliCode has predicted what I wanted to do.

It's early days (for this owl, at any rate) but from what I've read online and experimented with, this feature could save a lot of time.

If you're going to be using the new version of C#, you'll need to install the latest version of Visual Studio.  Here's an example of a C# 8.0 feature:

Switched expressions like this have worked in VB since its inception, but are new to the C# party.

You can see Microsoft's full list of new VS 2019 features here.

Should you upgrade?  I can't see a case for this, and will be sticking with Visual Studio 2017 for a fair while to come.