The April 2019 update to Power BI has many good features, as this blog explains
Part six of a nine-part series of blogs

The April 2019 update to Power BI introduces a new concept: the ability to make the value of a property dynamic. Other welcome new changes include M Intellisense, data profiling in query editor and cross-report drill-down.

Another feature emerging from preview, fuzzy merging allows you to create joins between fields if they are more or less the same.

Suppose you have loaded into Query Editor a list of US Presidents:

The four most recent US presidents at the time of writing.

You also have scores that they has registered in some completely made-up test!

Unfortunately, every one of the presidents' names has been misspelt.

If you want to show the average score for each president, you could merge the two tables:

Choose to create a new query, merging the two tables together.

Initially, this would yield no matches: 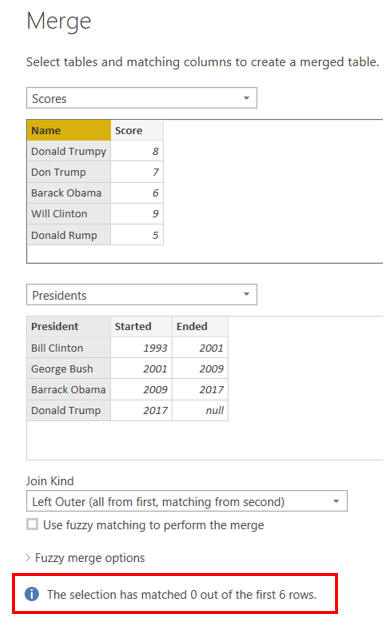 Initially the two columns don't have any matches.

If you tick the box Use fuzzy matching to perform the merge above, things improve: 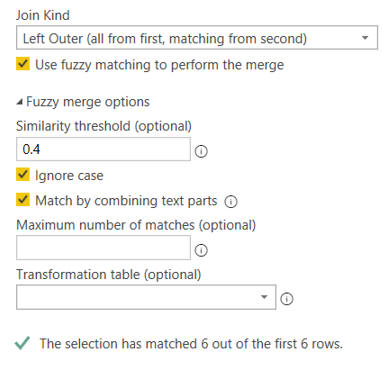 Here's what the query returns for the settings above:

This is after choosing to display the president name from the Presidents table.

You can also specify a transformation table (for example, to say that Bill and William should be treated as the same text for fuzzy merges).