This is a bigger update than most, largely because it includes two major new features emerging from preview (report themes and desktop Q&A), but it's the export to PDF feature which really catches the eye.

What's coming to a (Power BI) desktop near you?  In their monthly blog, Microsoft have started to give hints on what they're working on.  So expect:

In the meantime the following features lurk in limbo, waiting to be released: 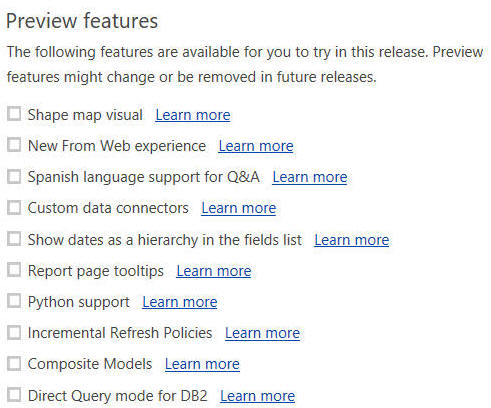 The features waiting in limbo, as of August 2018.

Here's my take on each of the generally useful features shown above: