This is absolutely NOT a definitive list of every new feature introduced in Visual Studio 2017 (for that you can go to the Microsoft site).

In particular, you won't see any mention in this blog of things like unit testing or refactoring, or other tools aimed at die-hard programmers.

What this blog will do is give a feel for the main changes you'll notice when you use Visual Studio 2017, to help you decide if the upgrade is worth while.

The first thing I saw on opening VS 2017 was this suggestion:

Microsoft trying to help me ...

Here's what clicking on the top link showed:

The suggested extensions - clicking on the more info link takes you to a web page.

Extensions now load on demand, and you have much more control over how they impact on performance.  You can also set up roaming extensions, which are stored in the cloud and installed wherever and whenever you log in to Visual Studio.

Well, that's what Microsoft say.  On my Dell Precision 7720 running Windows 10 and loading up an ASP.NET MVC website, I found these times (running VS in administration mode in each case):

All of the timings were fairly rough and ready, but what this shows is that you're not going to speed things up enormously if you upgrade to Visual Studio 2017.

There's a new diagnostics window which appears when you debug a project: 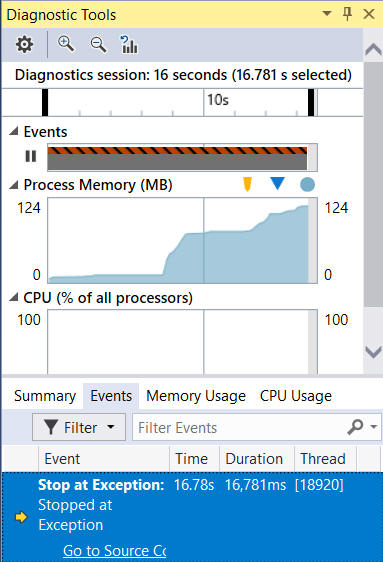 This window appears when you start debugging.

When an error occurs, you can see more about it:

I have an error!

Clicking on View Details above shows a window like this: 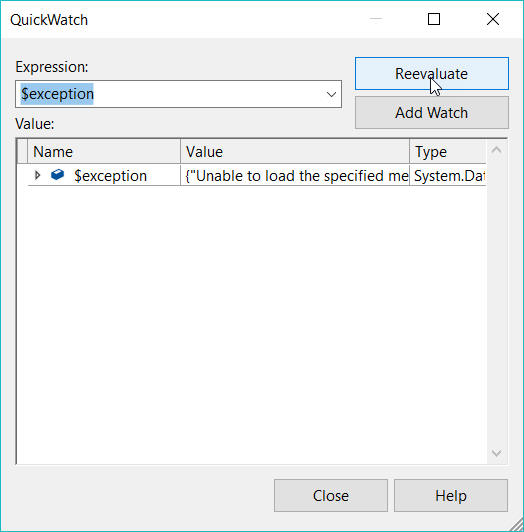 The new window for viewing exceptions.

There are a host of extra tools for speeding up code design.  Here's one of my favourites - filling in enumerations: 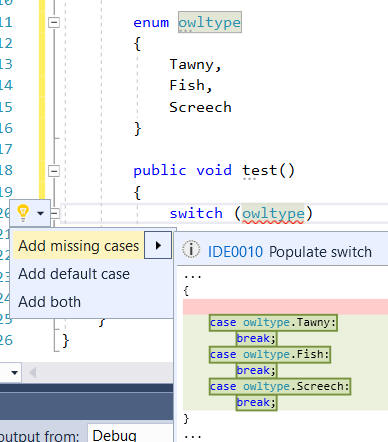 When you press CTRL + . you get the possible enumeration values filled in as part of the switch statement.

The option shown above would give this:

This is just one example - there are loads of quick actions for C# and VB listed here.

Dotted grey lines show which block of code you're in:

The dotted lines give you an on-screen guide to whereabouts you are in your code.

When debugging, next to each executable line you can see a tool allowing you to run your code until the line is reached: 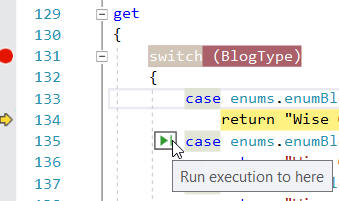 The green arrow appears when you hover over any line of code.

There's also a feature allowing you to step back in your code to a previously saved snapshot, thus avoiding having to debug all over again.