Outstanding course feedback
Average score 9.33 out of 10, based on 9087 reviews
If you found this blog useful and you’d like to say thanks you can click here to make a contribution. Thanks for looking at our blogs!

A quiet month, after the frenetic activity of the July update, sees lots of small changes to matrices, tables and charts, but no single big update.

This small change lets you position and display subtotals more exactly, but to reproduce it you first have to have a matrix containing them.

Suppose you create a matrix like this, which displays total sales by environment and family for a company selling toys: 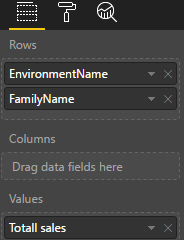 Although there are two row titles, only one will display by default.

To display the second row title, click on the symbol shown below:

Click as shown to show both row titles together. 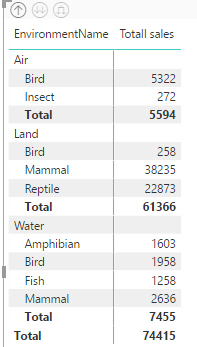 You can now see subtotals!

Changing the Display of Subtotals

Now we've got some subtotals, you can change how they display: 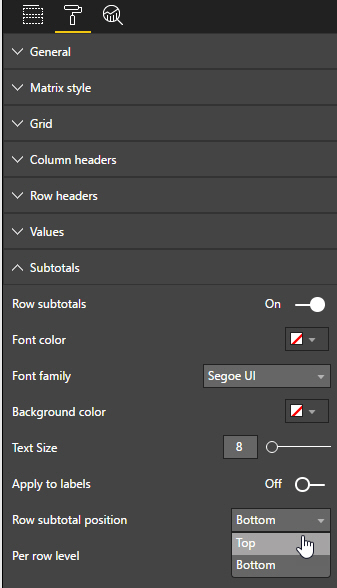 You can choose to display subtotals at the bottom of each section (the default) or the top.

Subtotals at the top show up alongside the row title: 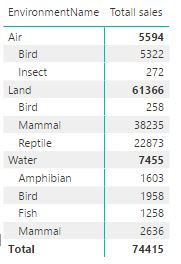 You can see the total sales for each environment next to the name.

You can also choose for which fields to display subtotals: 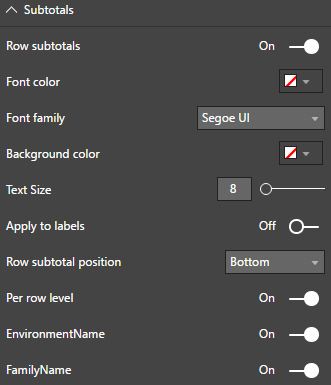 Set the Per row level property to choose for which fields to display subtotals (here for both the EnvironmentName and the FamilyName fields).  For a matrix with only two row or two column fields, you won't see much difference.

You can do a similar thing to column subtotals - the only difference is that the property above is called Per column level, not Per row level.