This update includes lots of nice features, such as line markers and the ability to change font typefaces, as well as many more changes!

There are a few changes to maps, the biggest of which is that ArcGIS has come out of preview mode. 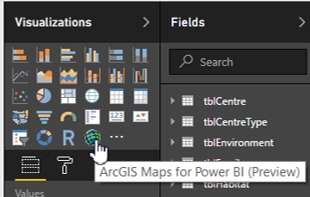 The ArcGIS visual in its new, permanent home.

You can now choose a new theme: 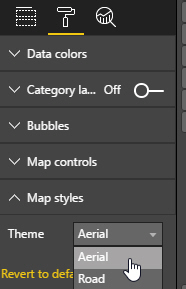 A new version of Bing is being released "towards the end of June", which will apparently also include two other themes - so watch out for these.

Hopefully the new themes mentioned above will be a bit lighter than the Aerial one shown here: 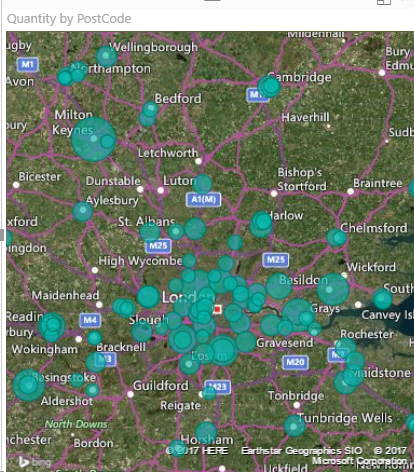 With the new version of maps, Power BI Desktop will interpret hierarchical data correctly (or at least, better):

Providing you designate the region, town and postcode to be of type Country/Region, City and Postal Code respectively, the new Bing will map this correctly (rather than distributing your sales in random places around the world!).

Note that this feature won't work until the new Bing API comes out towards the end of June (although surely we're there already?).