This update includes lots of nice features, such as line markers and the ability to change font typefaces, as well as many more changes!

Improvements to the Column by Example feature

I wrote about this in my April update, and as promised Microsoft have improved what was already an exciting new feature.  To remind you, the feature allows you to create new columns by suggestion: 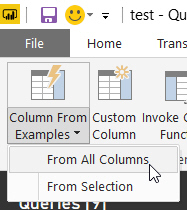 In Query Editor, you can click on this tool to create a new column by example (Excel has had a similar feature for a while).

You can now double-click in the new column, and choose snippets of expression to display: 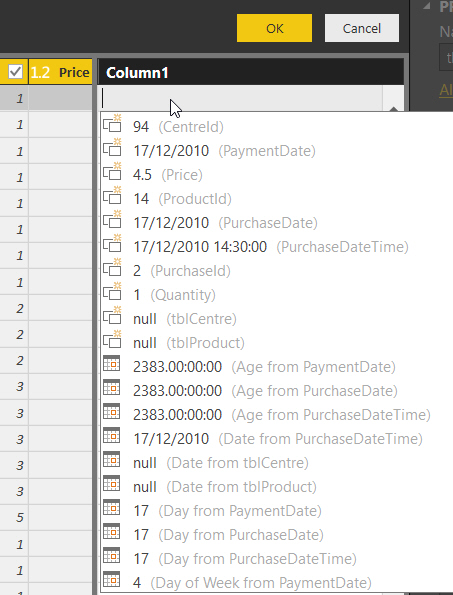 You can combine different expressions to build up a new column.

Scrolling down and ticking a day name expression for example creates this: 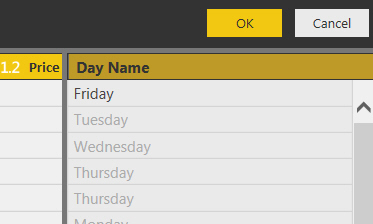 A potential new column to show the day of any purchase.

What this example also shows is that Microsoft have extended the range of transformations possible for this feature, particularly with regard to dates.