SQL Server 2016 contains lots of new goodies, as this blog explains
Microsoft have made huge changes to SQL Server Reporting Services and Analysis Services (Tabular Model), and smaller ones to SSIS, SSAS (cubes) and SQL. This blog gives the main highlights, with links to blogs giving the full Monty for each area of SQL Server 2016.

You can get a copy of SQL Server 2016 Developer for your own use free of charge by following these instructions.  You can also use this site to learn SQL.

I'll give a quick summary of what's new in each part of SQL Server 2016 below, but you should follow the links below to get the full story for each component program (I've included an extra column giving links to our many training resources too):

If you're creating reports, not that much has changed, but if you're publishing or consuming reports ... everything has.  Perhaps the biggest change is the new Web Portal (which replaces the antiquated Report Manager): 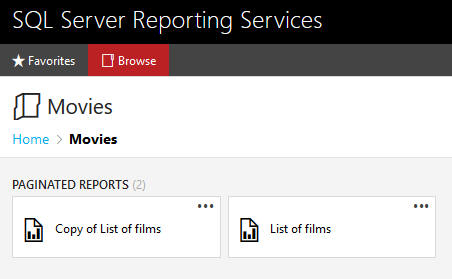 You can apply your corporate brand, and things like subscriptions are hugely improved.

Another huge innovation is the separate Mobile Report Publisher application: 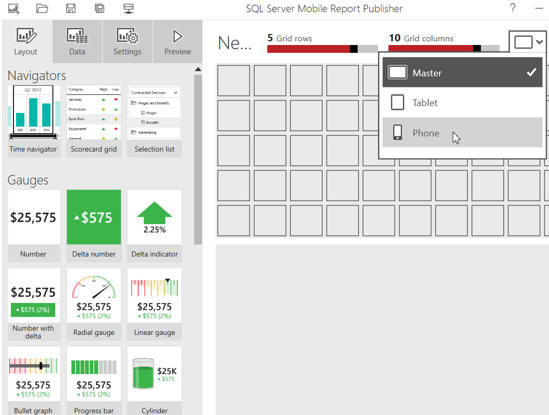 You can use this to create Desktop BI style dashboards which will look as good on your IPhone or Galaxy as they do on your tablet.

However, these are just two of the many new features in SSRS 2016.

Very little has changed in SSIS 2016.  There are a few new control flow tasks to do with Hadoop:

Regular SSIS users will recognise all of these tasks apart from the ones in the box.

You might also not recognise a few of the data flow tasks: 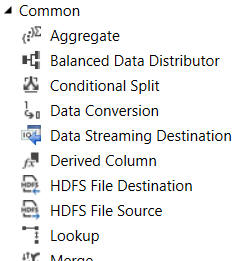 Tasks like the Balanced Data Distributor and Data Streaming Destination are new, but relatively minor (the HDFS tasks are to do with the Hadoop file system).

You can see more on the new SSIS 2016 features here.

There are very few new SQL programming features in SQL Server 2016, but one which deserves mention is the DROP ... IF EXISTS feature:

-- delete temp table if it exists

No more messing about with Object_Id!  You can see a summary of what's new in T-SQL 2016 here.

Apart from Reporting Services, Tabular SSAS is the part of SQL Server which has changed the most for 2016.  First and foremost, the DAX editor is now usable!

With comments, code colouring, indentation and DAX variables, we welcome this new editor with open arms!

There are many more new features (bi-directional relationships being a highlight), all of which you can see in our list of SSAS Tabular 2016 new features.

Last - and least.  There are virtually no changes to the older version of Analysis Services, although I've put together a list of new features in SSAS Multi-Dimensional Model (Cubes) 2016 to prove this.

As a training company, we think we're in a good position to know whether a software upgrade delivers gimmicks or genuine improvements.  Here's our initial view of the various parts of SQL Server 2016, in descending order of usefulness:

Taken in total, this seems an excellent new software release, putting SSRS back as the pre-eminent BI reporting tool and confirming Analysis Services Tabular as the optimal data warehousing and modelling tool on the market.  Enjoy!