Changes to the DAX  language in SSAS Tabular 2016

This page shows improvements to the language used to calculate measures in Analysis Services 2016 (Tabular Model).

Many of these improvements will only be available to you if you use SSAS 2016 as a workspace server.

If you spend your life writing DAX expressions, then said life is about to get easier.  Here's one example of how you could use a variable to bypass the dreaded EARLIER function: 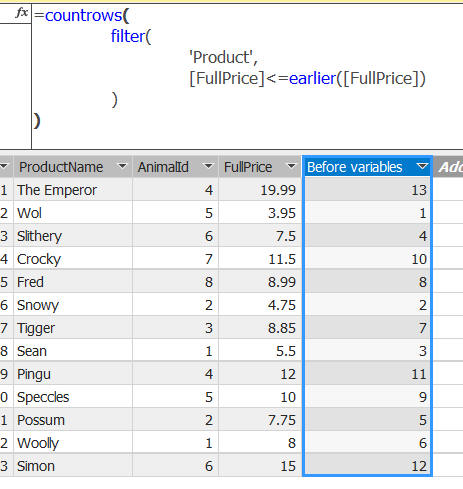 This function ranks products by their price, and is difficult to understand!

With variables, you can now rewrite this as follows: 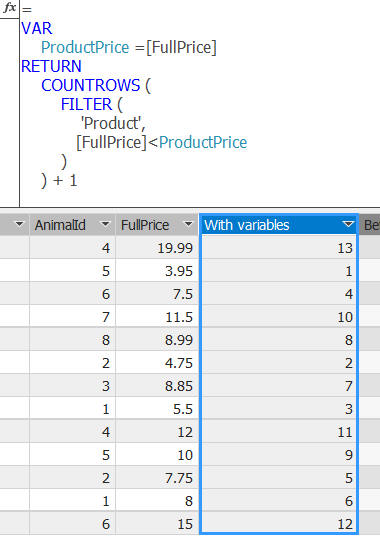 Create a variable to hold the full price of each product outside the filter context; you can then refer to this inside the DAX expression.

Anything which means you don't have to use the EARLIER function has to be good news!

We're comparing this period's sales with the same period for the previous year.

In versions of SSAS Tabular before 2016 you could use a measure like this:

From 2016 onwards you could optionally use a variable to hold the dates for the current query context:

This would give exactly the same results.

SSAS Tabular 2016 contains over 50 new DAX functions, as listed here.  Here's a sample to whet your appetite (go to the link for a full listing):