You can create key performance indicators (KPIs) within Analysis Services Tabular, but there a couple of foibles that you need to be aware of, as shown by this blog.

For the example on this page, I'll show how to set a KPI which displays the following statuses:

Here's a reminder of what I expect to see: 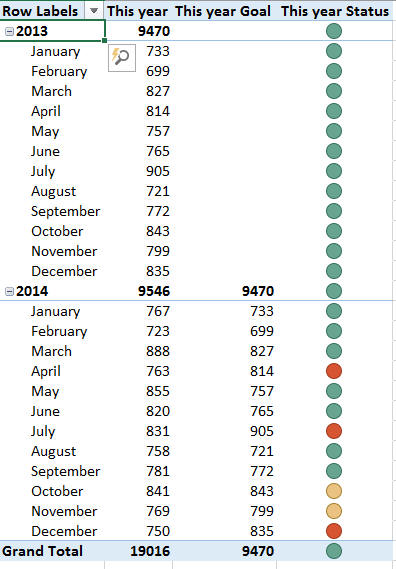 This is what I'm aiming to get at the end of this page.

For sales for the same period last year, we could use this measure:

That is, sum total quantity sold, using figures for the same period but in the previous year.

The next thing to do is to create your KPI.  To do this, right-click on the measure which you're trying to report on:

Right-click on the total sales measure, and choose to turn it into a KPI.

You can now complete the dialog box which appears, using the numbered steps below as a guide: 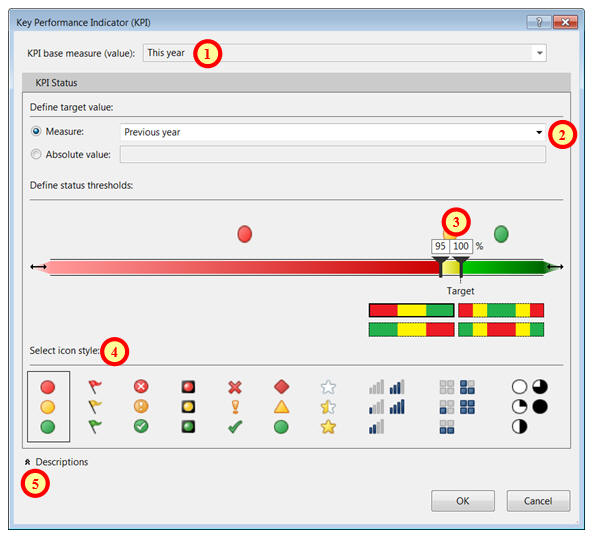 Follow the steps below to complete this dialog box.

The steps are as follows:

SSAS Tabular will show a tiny KPI symbol next to your measure:

Using the KPI in a pivot table

When you create a pivot table based upon a model containing a KPI, you can select the various components of it: 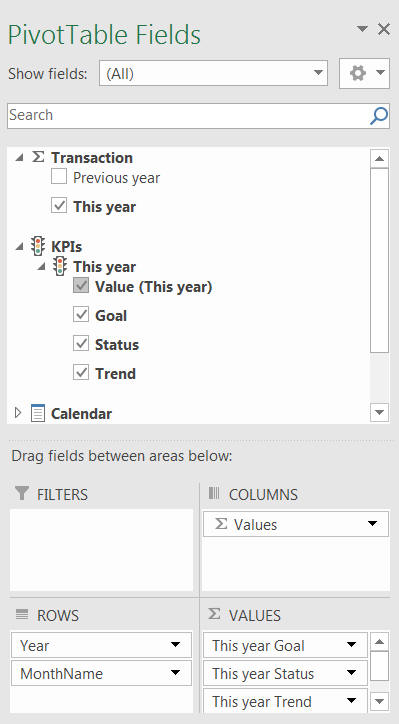 This would produce this pivot table: 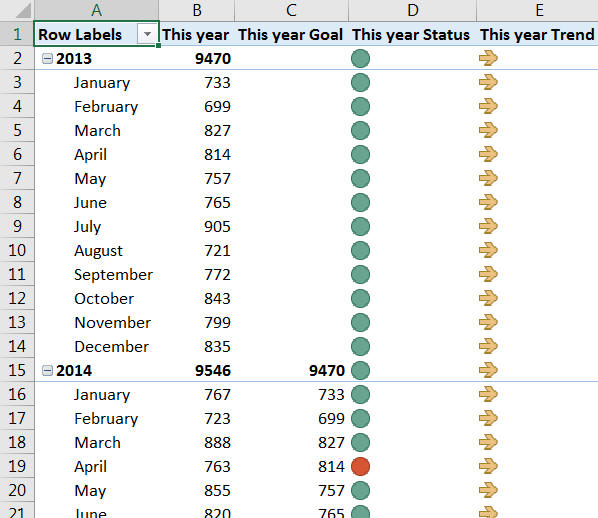 The initial pivot table has a few problems with it.

The first thing I would do is deselect the trend (it will always show a horizontal arrow, as you can't set a trend for a KPI in SSAS Tabular - so why can you choose it?):

There's no point displaying something which can't change.

The next thing I do is to centre the Status column: 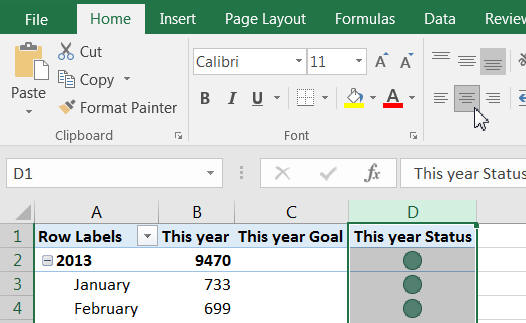 Surely you'd always want this column to be centre justified?

What you can't do, it seems, is to get the icon set you chose - as I've mentioned several times already, you get the one shown above regardless of what you asked for.  If your icons appear as numbers, deselect and reselect them to get the pictures instead.

That's about all there is to say about relative KPIs (they show up nicely in SSRS reports based on tabular models, by the way).  For the final part of this blog I'll just show how to create absolute KPIs, which are similar.