Ten Useful Applications That You Can Get For Free
As Christmas 2011 approaches we thought it would be a nice idea to list some geeky gifts that you can give to yourself. And the best thing is that they're all completely free!

Ten Useful Applications That You Can Get For Free

Everybody loves free stuff - here, in no particular order, are ten useful applications that you can get without paying a penny!

If you've used Microsoft Windows you've probably used the free Paint tool that comes along with it to draw basic pictures.  If you've ever thought that Paint could use a few more advanced features then Paint.Net is the tool you've been looking for. 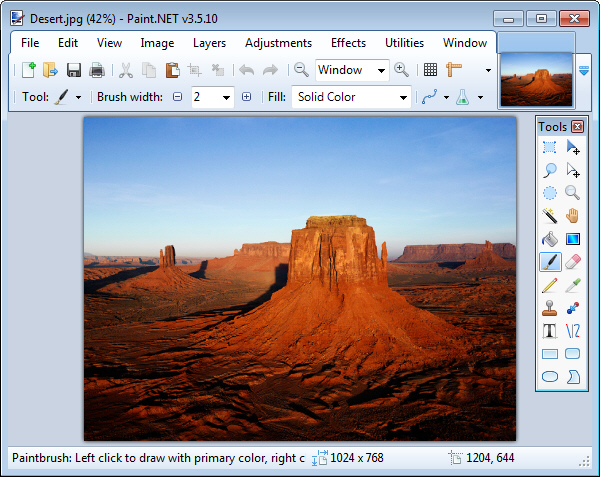 As simple to use as Paint, but with many more useful features.

According to the literature, Paint.NET was originally intended to replace the more basic Paint application in Windows.  For whatever reason this didn't happen, but fortunately you can still download the application completely for free here.

Staying with the arty theme for a moment, ColorPic allows you to accurately reproduce colours that you can see on your screen.  We've mentioned this application in a previous blog related to reproducing your corporate colour scheme in Microsoft Office documents. 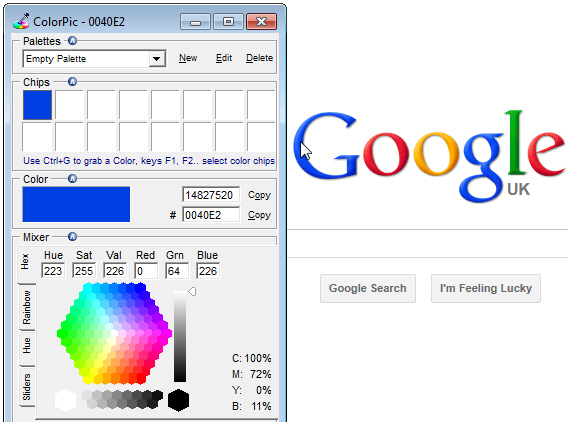 Once you've installed the ColorPic application all you need to do is start it up and then hover the mouse over a coloured pixel on the screen to see a variety of definitions of that colour.

ColorPic is a small download, and very quick and easy to use.  You can get it from here.

CamStudio allows you to record what's happening on your computer screen (including audio) to make the sort of exciting training videos that you can see here! 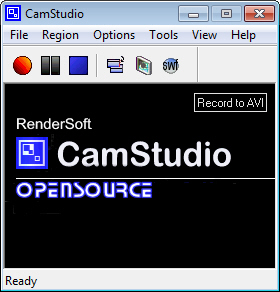 Just hit the record button to start recording whatever you're doing on screen.

CamStudio is a fairly simple application and lacks some of the more advanced features of commercial software, but it's so easy to use that it's well worth a try if you're attempting to create this sort of video.  Get it from here.

This is one that I still find difficult to comprehend - it's a slightly cut-down version of Microsoft's flagship development software, Visual Studio, and it's completely free!

You can use Visual Studio to develop almost any application you can conceive, from boring old Windows Forms applications, interactive websites, Windows Phone Apps and, if you download the XNA developer kit, even PC and XBox games! 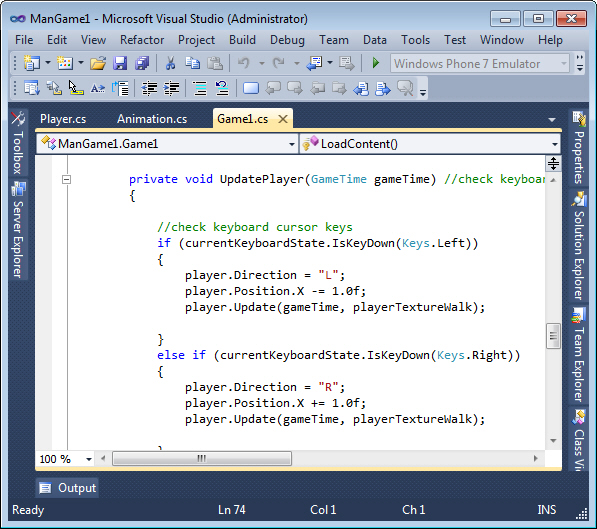 This screenshot actually shows the Professional Edition of Visual Studio 2010, but you wouldn't really be able to tell just by looking at the screen.

There are several flavours of Visual Studio Express to choose from, but it really comes down to a choice of which programming language you'd like to use.  They aren't mutually exclusive, so you can download every version if you want to.  You can get them all from here.

Visual Studio isn't a simple application to learn, and if you're new to programming you might find it a little overwhelming at first.  Look for online tutorials, such as the ones hosted here, and join a couple of forums - you'll be glad of the help!

If you find that Visual Studio is a step too far and you'd like a much more gentle introduction to programming why not try Microsoft Small Basic?  It was originally designed as a way to introduce kids to programming, but I've been having a bit of fun with it recently and I'm 33 (but then I also still play with Lego so perhaps I'm not a good barometer of maturity)! 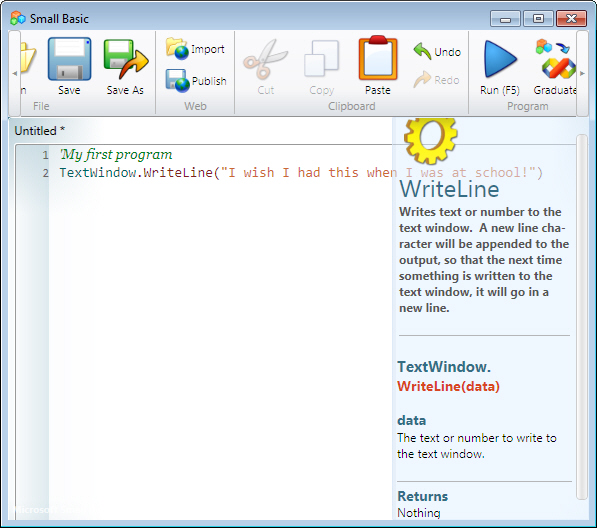 With the recent slating of ICT teaching in the UK there is no better time to introduce your kids to programming.  Download the software and view some tutorials and documentation here, and if you're a teacher after some lesson resources and ideas have a look at this site.

Sticking with the school theme, do you remember the first time you used a scientific calculator?  Well Microsoft have created an enormously complex graphics calculator application in the form of Microsoft Mathematics. 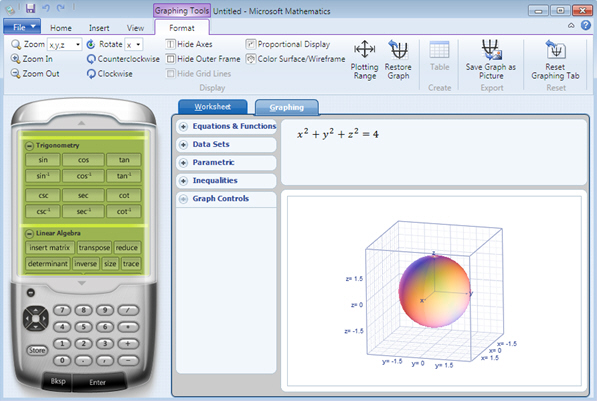 A sample of the graphing function in Microsoft Mathematics.

You can download the application here, and you'll want to make full use of the embedded help files to learn how to use it!  Despite how good the application itself is, I think my favourite thing about it (bearing in mind that it's an American company) is that its name isn't Microsoft Math.

Microsoft SQL Server is a powerful suite of database tools used by organisations worldwide to store, analyse and report on all sorts of data.  SQL Server Express is a cut-down version of this software, allowing you to develop your own databases for free! 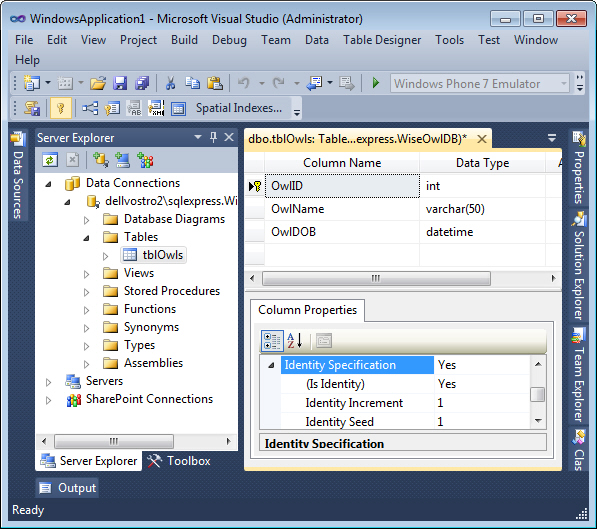 SharePoint Designer 2007 replaced Frontpage 2003 as Microsoft's web design software offering.  Not much had changed other than the name of the application, so if you're already familiar with Microsoft Office products this is an easy entry point into quick website design. 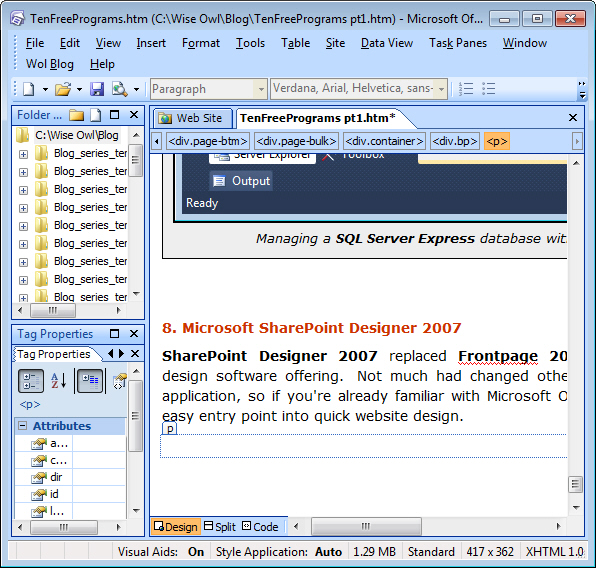 Wise Owls use SharePoint Designer 2007 to bring you these wonderful blogs!

Microsoft have since released SharePoint Designer 2010, however the 2007 version remains easier to use and allows you to create single HTML documents without having to create or link to a website first.  You can download the software from here.

We've looked at a free tool for recording video on your computer, but if you're only interested in recording audio look no further than Audacity. 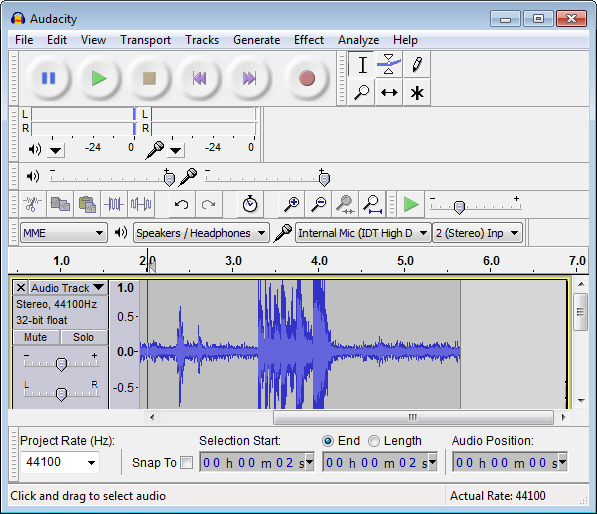 It looks horrifically complicated but is actually easy enough for simpletons like me to use.

With just a cheap microphone (or a built in microphone if you're using a laptop) you can record any audio you like and then use the track you've recorded to create your own podcast for instance.  The application is simple enough for even the most basic user to record decent quality audio and yet provides enough options to play with to satisfy the most dedicated audiophile among you.  Get Audacity here.

After all that hard work downloading and installing all this great software you'll probably want to unwind with a good old-fashioned computer game - hey, it is Christmas after all!

Recent years have seen the release of lots of free/cheap applications designed to get people into games development as easily as possible and consequently a resurgence of the bedroom programmer.  If you're interested in creating your own games you could take a look at Microsoft XNA Studio, Adventure Game Studio, GameMaker Lite, Sploder or DarkBASIC.

Of course, if you're only interested in playing rather than creating there are plenty of free games out there too!  Here are a few of this Owl's favourite ways to while away a long train journey:

Fail Deadly - a twist on the real-time-strategy genre where your aim isn't to win, but rather to keep the battle going for as long as possible to maximise your filthy profits.  Fun and serious social commentary wrapped up in a 20MB package.

Daggerfall - if you've watched TV or been to the cinema in the past couple of months you can't have avoided the adverts for a game called Skyrim - the game that has stolen all of my free time for the past three weeks.  Skyrim is the fifth game of a long-running series of games called the Elder Scrolls.  Daggerfall was game number two released in 1996 and now available for free.  It's interesting to see how far games have come in 15 years!

Spelunky - spelunking, or caving, is (almost) literally the name of the game.  Venture into dark caverns in search of treasure and see how long you can survive.  The randomly generated caves mean no two games are ever the same.

N Ninja - brutal, and brutally simple platform game.  See how long you can keep your stick-figure ninja alive while trying to reach the exit in time.  Infuriating and immensely satisfying in equal measures.

Pursuit of Hat - slightly bonkers platform puzzle game in which you're trying to retrieve your hat.  The bonkers bit is when you start pulling off your own limbs to solve each level's puzzle!

I could go on (and on and on!) but that's probably enough to be going on with.  Enjoy your free stuff, and Merry Christmas!