Changing Form Appearance in Access 2007 and 2010
If you've upgraded from Access 2003 to either Access 2007 or 2010 you might be wondering why your forms don't look like forms any more. Read this blog to see how to change a simple setting that will return your forms to their normal state!

Changing the way Forms Appear in Microsoft Access 2007 and 2010

In Microsoft Access 2003 forms always appear as a separate floating window, but in later versions of Access (2007 and 2010 at the time of writing) by default forms are set to appear as docked windows that take up most of the screen.

In Access 2003 a form appears in its own self-contained, floating window and only takes up the space required to show all of its controls.

In Access 2007 and 2010 a form takes up almost the whole screen, regardless of how many controls it contains.

Fortunately you can change this setting to get your forms to appear in the older (and better!) style.

To change the way forms appear for the database you're working on: 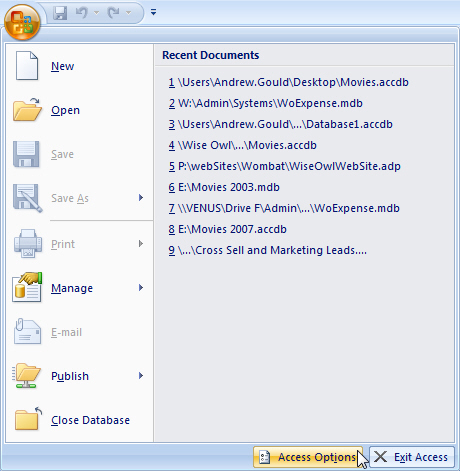 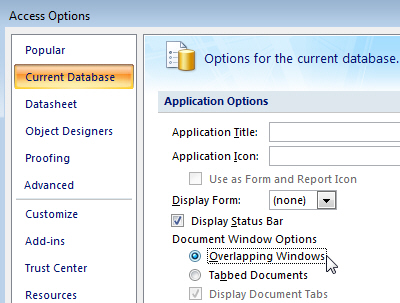 Click the Current Database tab and then select the option shown next to the mouse cursor. 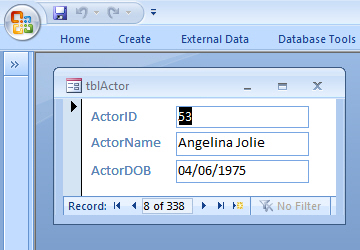 Your forms should now all appear as floating windows.

And that's it!  If you ever decide that you prefer the new style of forms, you can simply repeat the above process and choose Tabbed Documents instead of Overlapping Windows.