SQL Server Reporting Services 2008 introduced gauges, in all their dazzling compexity. This free tutorial blog shows how to create gauges, format their pointers and scales, add labels and much else besides. 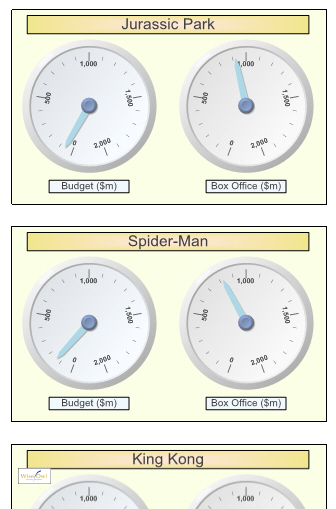 In this example report, the gauges are showing the budget for each film in a database, alongside its box office takings.

To understand why gauges are so powerful - too much so, in this owl's opinion - it helps to know that they were an add-in for previous versions of SSRS, created by a company called Dundas.

For this tutorial in SSRS gauges, we'll go much of the way towards creating the gauge shown below: 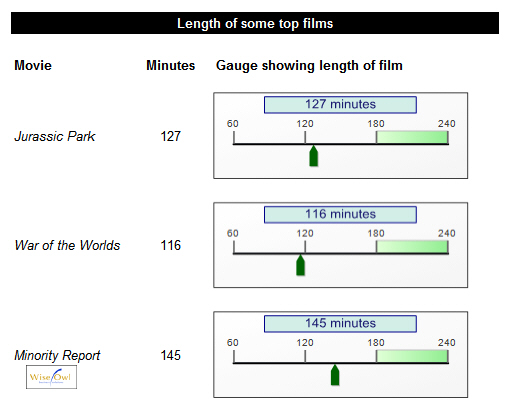 Virtually every part of this gauge has been customised

If you want to work with the data used for the above example, you can download the script to generate the database here (just run the script to create a new database called TopMovies in your SQL Server installation, containing a single table called tblMovie).

To start with, let's look at creating gauges in Reporting Services.