SQL Server Reporting Services 2008 introduced gauges, in all their dazzling compexity. This free tutorial blog shows how to create gauges, format their pointers and scales, add labels and much else besides.

The main thing to learn about gauges is how Reporting Services positions them(both the gauges themselves, and the pointers, scales, etc within them). 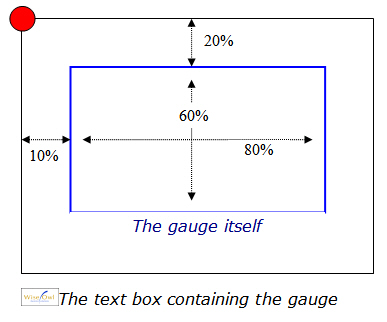 So in the example above, the gauge will:

What this means is that you often need to get your calculator out to work out where an object will appear within a gauge.  Did it really have to be this complicated?

Our Example - Positioning the Gauge Itself

For our example, to position the gauge itself, first show its properties: 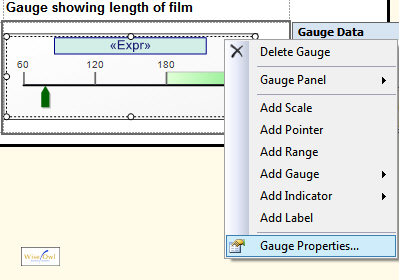 Right-click on the gauge and choose to display its properties, as shown here.

It's now vital that you stop Reporting Services auto-fitting your gauge inside its containing textbox: 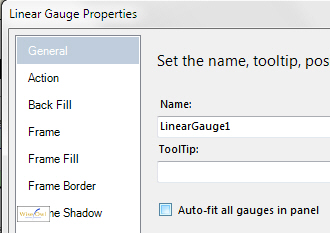 Untick the Auto-fit all gauges in panel checkbox shown (otherwise you'll have no control over the positioning of the gauge).

You can now specify the X and Y positions of the gauge, using the diagram above as reference: 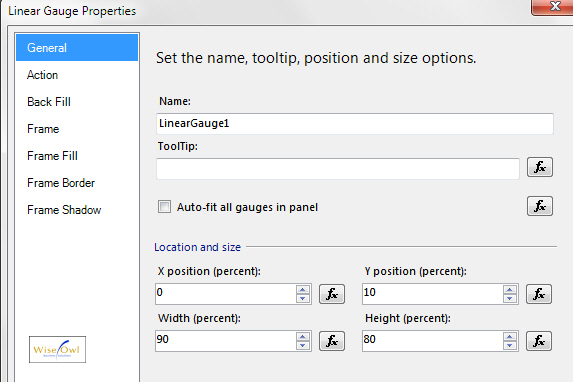 You should now have a gauge which doesn't fill its textbox: 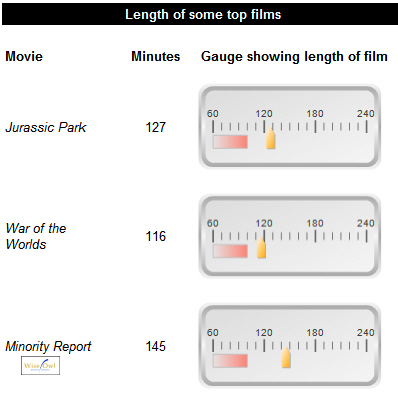 Each gauge occupies 80% of the height and 90% of the width of its textbox.

It's now time to consider each element of the gauge: namely, the pointer, scale and range.